Yesterday I asked what you could do with an extra $1,000/month and got a bunch of cool replies. Everything from “Give it to my wife, obviously” to “You know that $75k average looks pretty damn good in my country …”

You’re right, it does. Where I’m from – Slovenia – $75k means you make as much as the president.

Today I wanted to talk about this 👇

Solve a problem, my friend

Your best bet is to solve a problem. Doesn’t have to be big. It’s better, if the problem is small.

Same is true for business. Every good business starts by solving one very specific problem.

You don’t have to aim that high, my friend. Aiming that high is scary snd difficult no matter what Bruce Lee says. 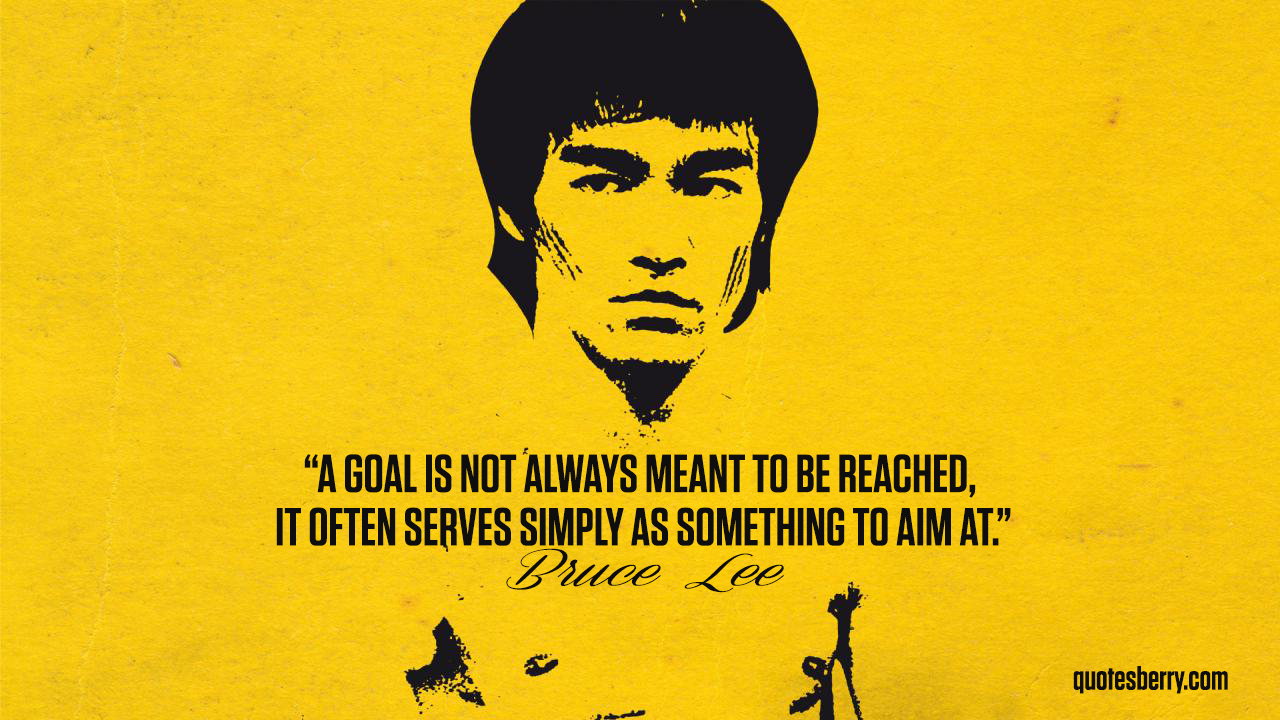 Think about a time you spent $5 on an app. What was it?

I once paid $19 for an app that hides desktop icons. Because my desktop is where temporary files go to die. 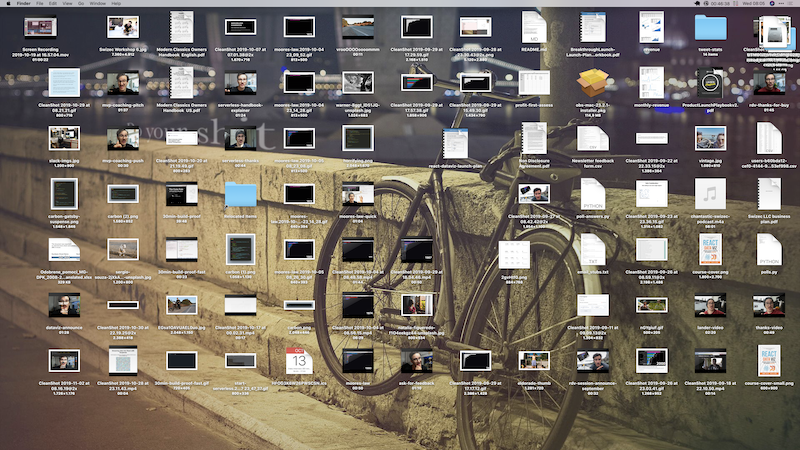 The app makes me look good in public.

Or there’s an app with a $5 subscription that tracks business restaurant spending. I could just put receipts in a box.

But when I’m doing taxes, a folder of photos will be soooo much easier.

I even have an app to track my food. $9/month even tho I could use a spreadsheet. Just because the app comes with a food database and a nice form.

Hell, I once bought $10 of cable organizers just because I was tired of digging my phone charger from under the couch every day.

Tiny little annoyances. You might not even think they’re worth solving.

But they go away and it’s like a fog lifts off your day. You can breathe, my friend.

How often do you get annoyed by a tiny little thing? Think others do too?

Number 2 is important. Nobody else will solve your problem. You have to do it.

Then charge a small fee.

Because as Pieter Levels once said, there’s only so many ways to make a million dollars. 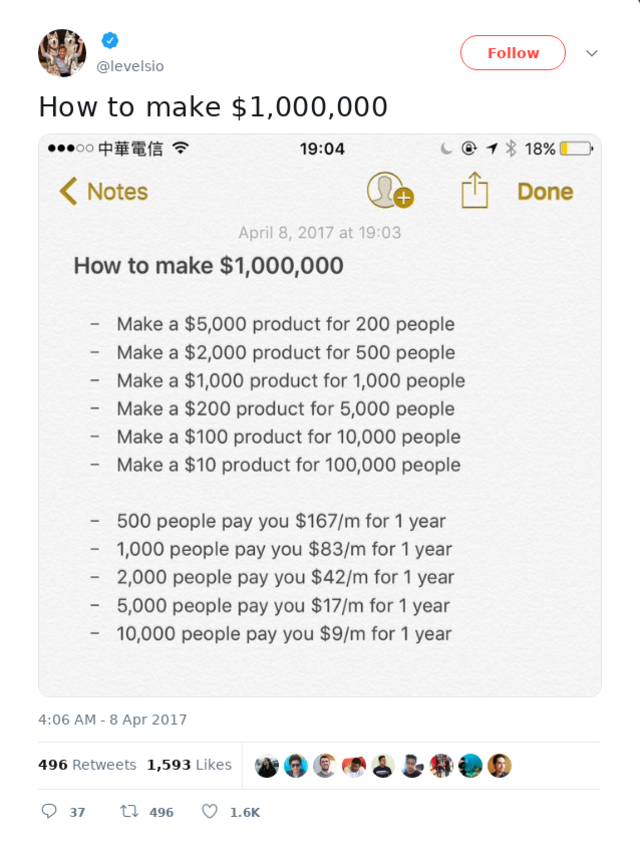 What’s something that annoys you, my friend, that you’d pay $5 to solve. Do you think there’s 200 others in the whole wide world who’d do the same?

I think there are.

PS: Indie Hackers has a cool list of crazy ideas making $1,000/month, check it out