The Stop Online Piracy Act is a bill in the US aimed at protecting intellectual property online. As originally proposed the bill would (skip to Something Useful if you know this stuff) 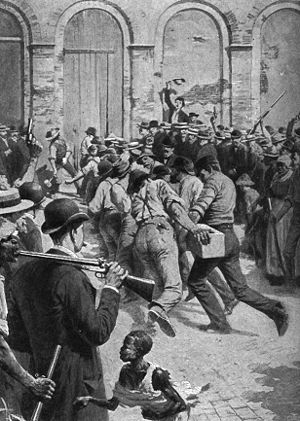 /../ allow the U.S. Department of Justice, as well as copyright holders, to seek court orders against websites accused of enabling or facilitating copyright infringement. Depending on who requests the court orders, the actions could include barring online advertising networks and payment facilitators such as PayPal from doing business with the allegedly infringing website, barring search engines from linking to such sites, and requiring Internet service providers to block access to such sites. The bill would make unauthorized streaming of copyrighted content a crime, with a maximum penalty of five years in prison for 10 pieces of music or movies within six months. The bill also gives immunity to Internet services that voluntarily take action against websites dedicated to infringement, while making liable for damages any copyright holder who knowingly misrepresents that a website is dedicated to infringement

Not too bad, if you have a site dedicated to copyright infringement you pretty much get taken offline and put out of business. However, according to The Internet, it is extremely easy to fall under that definition. All it takes is a single piece of user generated content to be infringing and BAM! the whole website goes down.

You know all those videos of cute kittens with a copyrighted song in the background that you see on YouTube? Yeah, that means youtube.com is put out of business.

As a European there isn't really anything I can do about this. But americans can and should!

The internet lynch mob has been mobilized. The angle of attack? Boycott supporters of SOPA. A month ago GoDaddy suffered a mass exoddus of users and Namecheap turned it into one of the most brilliant marketing stunts I have ever seen.

Also GoDaddy has made surprising strides in their UI/UX design over the last month, more changes for the better and awesomer than I have seen in the last ... five? Six? years.

On January 18th reddit.com is going into a blackout, briefly even Wikipedia considered blacking itself out. There is talk google.com and facebook.com will/should be doing the same. Isn't that awesome? All these huge sites are against SOPA and are doing something.

Fighting against rich 50-somethings who don't care about the internet beyond what their grandchildren tell them about cute kitten memes by disabling various parts of it? ... yeah, very effective, you can only imagine!

So a few sites are blacked out, and on the next family gathering the congressperson will hear that their granddaughter was kind of upset for a day because she couldn't feed an electronic sheep or something.

Even if traditional media manages to throw a big hullabaloo about it ... what do you think a mexican standof between the government and the internet will look like? All these companies bleeding millions of dollars every single day, while the congresspeople play golf and chat about how awesome winter break was and plotting how to backstab all the big players next time 'round.

By the time they have to be re-elected again the whole thing will have blown over and no damage will have been done. Well except for the big sites, who now have a bunch of influental people angry at them.

Do something useful instead

Instead of being a tempest in a teacup, how about all you american geeks start actually fighting this thing eh? You should! 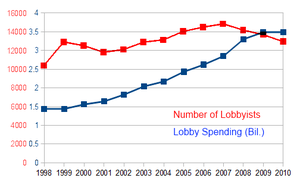 Geeks aren't, at least not enough that anyone would know about it.

Please, for everyone. Do it.