This is a Livecoding Recap – an almost-weekly post about interesting things discovered while livecoding ?. Always under 500 words and with pictures. You can follow my channel here. New streams almost every Sunday at 2pm PDT. There’s live chat, come say hai ?

Continuing from last week, we kept putting together the new page for the React Indie Bundle. I wanted to get it done this weekend, but then I didn't.

Launching the first version tomorrow is getting tight ? 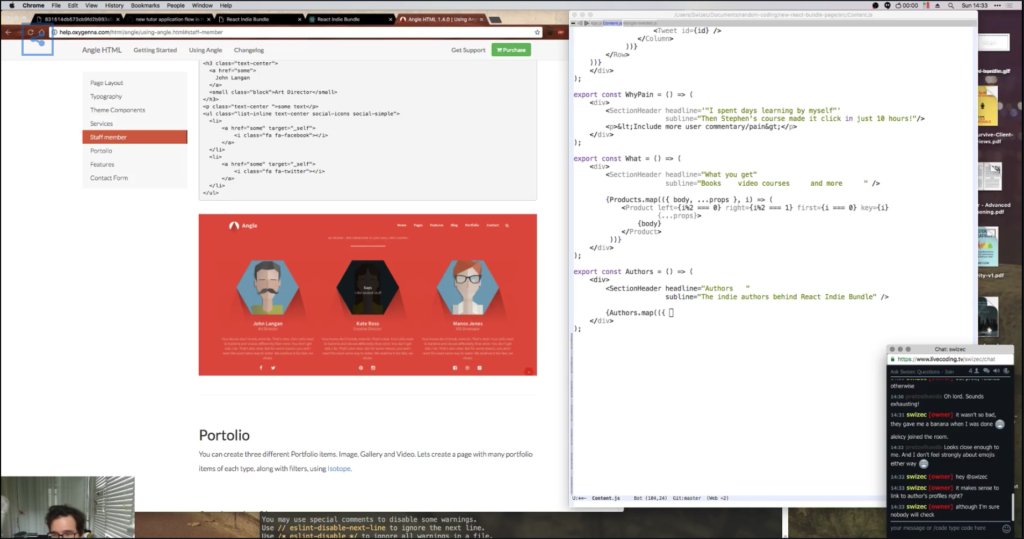 It's really a somewhat repetitive process. Maybe there's a market for building React-ready templates? Just like most templates you buy now are built with Bootstrap so they're easy to customize, it would be cool if in the future we could get some that are built with React.

Then instead of getting a bunch of HTML like this:

Which you have to manually retype, or copypasta, into an Author component like this:

_The template would give you <Person /> by default. Is React still too hard for designers to grok? I know many of them understand HTML ?Then again, if you look at that, you'll see that the conversion looks a bit like this:- class becomes className