What I learned from teaching StubHub about React and Redux

Hey Swiz,
We have a 2-day Intro to React and Redux workshop scheduled at Big Company next next Tuesday and our instructor dropped out.
1 day of React, 1 day of Redux a week later. 7 to 8 hours each.

Can you jump in?

It was Ben from Real World React, the React training company with a great meetup here in San Francisco, but no real website. They do things the hard way: sales and networking.

By the time we met with StubHub to discuss what they were looking for, solidified that I was in fact doing it, and agreed on the business side of our arrangement, it was 4 days until the first workshop.

I was trembling. How the hell do you prepare a full day workshop in just 4 days? From scratch because all your materials are React+D3v4.

2 days into that weekend from hell, I got an email:

Phew… Now I gotta entertain ~26 people, and I have 3 extra days to prepare 😅

My previous workshops had been with Freddy. He did React in the morning, I did D3 and React+D3 integration in the afternoon. All of our workshops were either at conferences or self-organized for people who wanted to improve their careers and paid for their own ticket.

Can I even keep people engaged for 7 hours all on my own? Are corporate training people just as motivated? If your boss says "Yo, we're moving to React. Here's a workshop we organized for you. Go learn,” will you still care enough to pay attention? 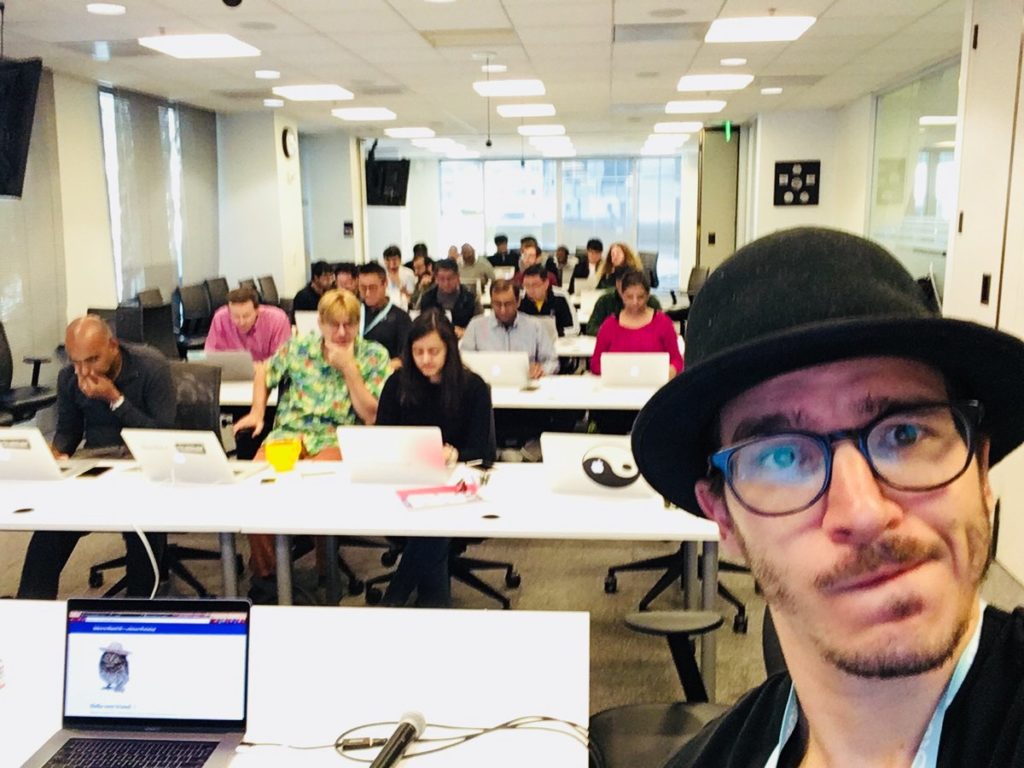 The first workshop… well, I wouldn't say it was a disaster. People learned React fundamentals and asked a lot of questions about state management. My answer to most of those was "We're going to talk more about that next week.”

I think I aimed the content a little low for the room. Half the feedback said that we could have covered more content in a whole day workshop and spent less time coding things that aren't super relevant to React principles.

Examples are hard. Balancing how much to let your audience code on their own and how much to hold their hands is tough as nails.

On the first day, I missed the mark.

Everyone started super engaged then drifted off and got bored. By 4pm, I lost half the room. The rest stuck with me until 5 even though it was Friday. 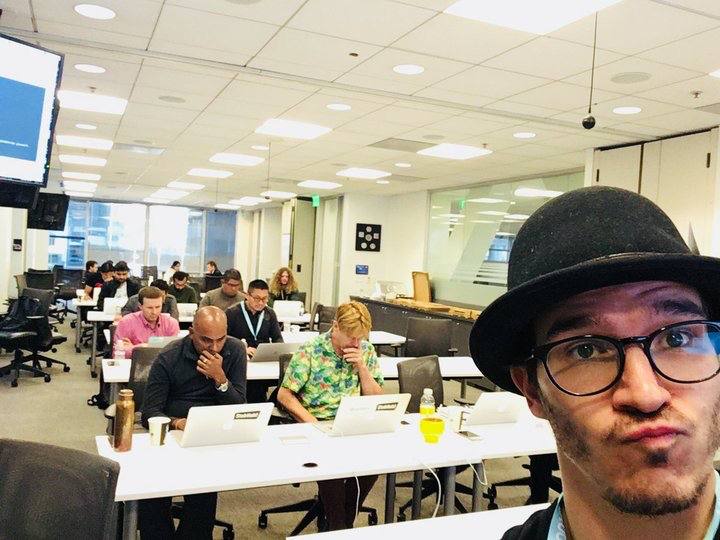 I had exactly a week to prepare the 2nd workshop. It was focused on Redux, but I don't use Redux on the day to day! A lot of my code uses MobX because there's less to type. Hell, my day job is still all Backbone 😅

But so is StubHub. Their goal with my workshops was to accelerate the transition from Backbone to React.

Objective for the week: Create and prep a more real world example, something more e-commercey, the kind of stuff these people do in their jobs. Reduce the gap between what you're teaching and what they're doing so it's easier for them to apply later.

And you know what? The 2nd workshop day went much better. People didn't get bored, they didn't drift off, and there was a palpable reluctance in everyone who left at 4pm.

That's just the way it is in the corporate world, you know. Friday 4pm, you're out. Can't blame 'em. It was hard to stay focused and engaged for 7 hours straight for me, too.

We did take breaks, but when that 3:30pm/4pm hits… you just start fading and becoming less and less engaging and vivacious as one audience member put it. "Very Vivacious presenter”… what a lovely compliment. ❤️

Questions were much better at the Redux workshop, too. It's hard to put my finger on it, but I think that's because Redux is a bigger intellectual leap from how they already do things than React is.

With React, you get HTML as a first-class citizen of JavaScript. Great.

With Redux, you get a completely new way of thinking about the architecture of your webapp. Whoa.

So… what did I learn from all of this? A few things 👇

👎👍
Published on October 17th, 2017 in Business, Learning, Personal, Side Projects,