What makes you a senior software engineer anyway?

I used to think a senior engineer was someone who gets a project, understands the context, puts their head down, and gets it done.

Here's an article I wrote 3 years ago 👉 Are you a developer or an engineer? That's a difference of some $20,000/year in salary 😉

You get an amorphous blob of a project. What you do next defines you as an engineer or a developer. If you can take the amorphous blob and turn it into:

…then you are an engineer. If somebody else has to do that, then you’re a developer.

That, I still think is true.

A developer, is someone who writes code, and an engineer is someone who designs solutions using code and systems. With some fuzziness around the edges between product and engineering.

Now here's where it all changed for me and my career.

My biggest growth as an engineer has been to go from

Please get out of my way and let me project manage myself. Just tell me the goal and I'll get us there.

I used to think that "senior engineer" in Silicon Valley is just what you'd call an "engineer" in the rest of the world. Because titles are inflated and in San Francisco developers with 3 months of bootcamp experience are called engineers.

A senior engineer does so much more than just write code and design systems.

People at DayJob.exe used to say "Eh you're okay, super talented engineer, but damn you're hard to work with sometimes"

Now people who aren't even on my team come up and say "Holy shit you're absolutely killing it, what changed!?"

I still write the same code at the same speed make the same bugs and constantly destroy production with my mistakes.

It's the soft stuff.

I went from "hard to manage" to "doesn't need to be managed at all". A skill I used to have as a freelancer that eroded during my tenure as an employee. Oops

So how do you become a senior engineer? 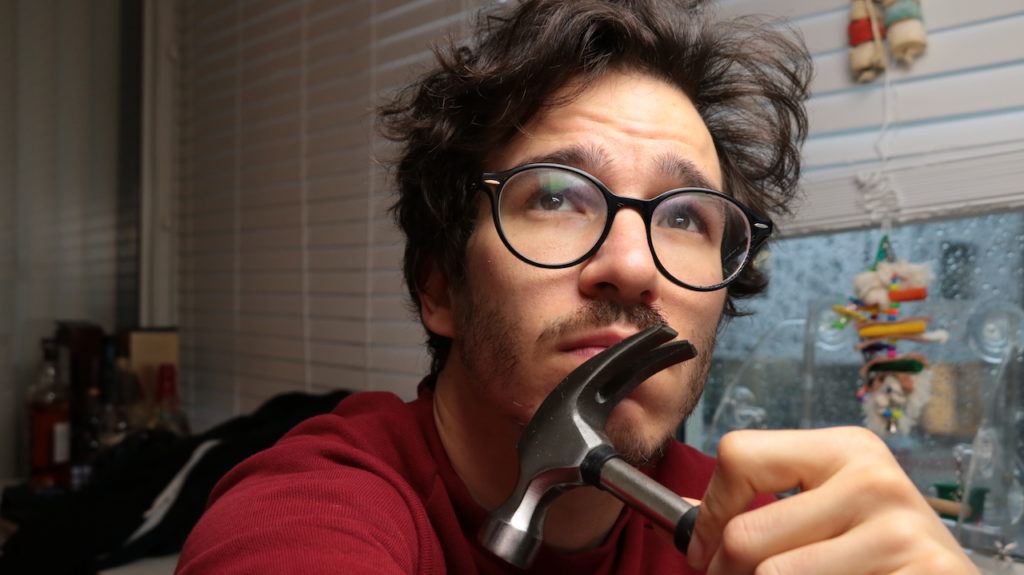 Own the process. The whole process. Be the project manager you want to see in the world.

What that means to you and your organization varies. It's hard to talk specifics. It's the little things.

When product gives you a project, what happens next?

Do you wait for them to organize a kickoff meeting, make sure you understand the spec, keep asking you about progress, make sure you're on time, look out for obstacles and help you clear them? Do they pester you about setting up QA, getting it through code review, and into production?

Or do you manage yourself.

You get the project. You read the spec. You ask questions.

Many questions. Until you are sure you understand both the spec and the spirit of the spec.

If the spec doesn't match its spirit, do you talk to product and suggest improvements? Do you tell them hey this thing you're asking for doesn't solve your problem, but this other thing might?

Once the spec is clear and solves the problem, do you proactively find experts on the team to help with stuff you're less familiar with? Schedule a chat or whatever to learn about their part of the system so you can do the things.

That's what they're there for by the way. Team members. They want to help you.

Hiding in the basement trying to figure it all out on your own is terrible team work. Yes, even if it means letting others work without distraction.

Once you're coding, do you provide regular progress updates? Unprompted, unasked. Just a daily "Hey here's what I did, here's where we're at, this is when I think we'll finish".

That certainty that stuff is happening and that when stuff stops happening they'll know immediately means the world to your manager.

When you come to them and say "Yep gonna be done tomorrow" or you say "Nope won't be done, here's why". It relieves anxiety like you wouldn't believe.

If your manager can count on that little update at the end of the day, they will never bother you with status updates ever again.

They're not asking to annoy you, they're asking because they have no idea what's going on.

And don't worry about looking bad when you fall behind. Shit happens. If there's a good reason, they'll understand. Maybe help you prioritize better.

When you're done, do you make sure your code gets tested, goes through QA, gets reviewed and so on? Do you sit there and politely follow up with people until you all checks are donen? Do you work with QA and manage the whole process?

Basically: Can you cary a project from start to finish without your manager's input?

Then you're a senior software engineer.

Bonus points if you can do this for a team building a larger project together. Now you're a team lead!

Getting that senior title is easy. Just stick around. Being a true senior takes a new way of thinking. Do you have it?

Leave your email and get the Senior Mindset series - a series of curated essays on the mindset of a senior software engineer. What it takes to get there, what should you do when you're there, how to change the way you think.