We’ve been talking about the hyper productive modern web stack and let’s be honest: It needs a better name.

Naming is hard, my friend. One of the 2 most difficult things in software engineering: Naming things, cache invalidation, and off-by-one errors.

Today I wanted to show you some apps I built while researching this new stack for over a year. Best practices are still changing and we’re just starting to see what’s possible, but patterns are beginning to emerge.

That’s the perfect time to jump into the future ✌️

Starting with my new course platform – great example of feeling pain and solving the problem.

So I switched to Teachable. You buy on Gumroad and a Zapier integration gives you a Teachable account with the right permissions.

Markdown is my jam so I spent thousands of dollars on engineering to make Teachable work with markdown. Yes I legit hired an engineer to help me.

The thought of making another course on Teachable filled me with dread.

Looked around and Podia made me 😍 … until I learned it doesn’t do markdown, supports only 1 video per lesson, can’t embed CodeSandbox, doesn’t support random iframes (for graphql playgrounds :P), etc.

“Hey wait a minute, we just built an amazing platform for Serverless Handbook! Why don’t we use that?”

Serverless Handbook started life as the Rebass Docs. I love Rebass and I love their docs. So I borrowed their open source Gatsby code.

I CAN DO EVERYTHING THE POWER IS MINE

What does a course platform need that a free book doesn’t have?

Sat down over a couple livestreams … and it worked 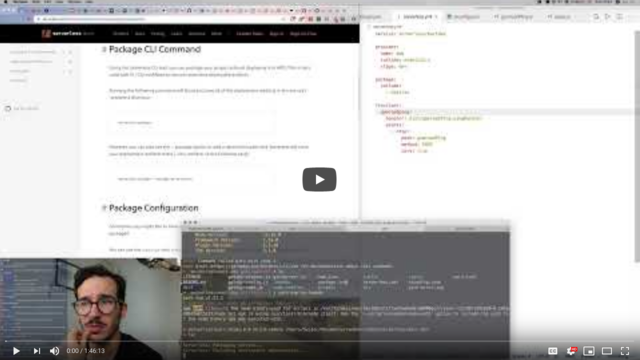 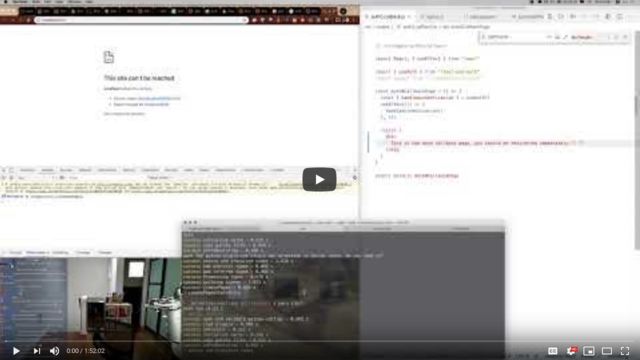 You buy on Gumroad.

useAuth redirects you to the Auth0 login page.

You come back and voila, access to the course. 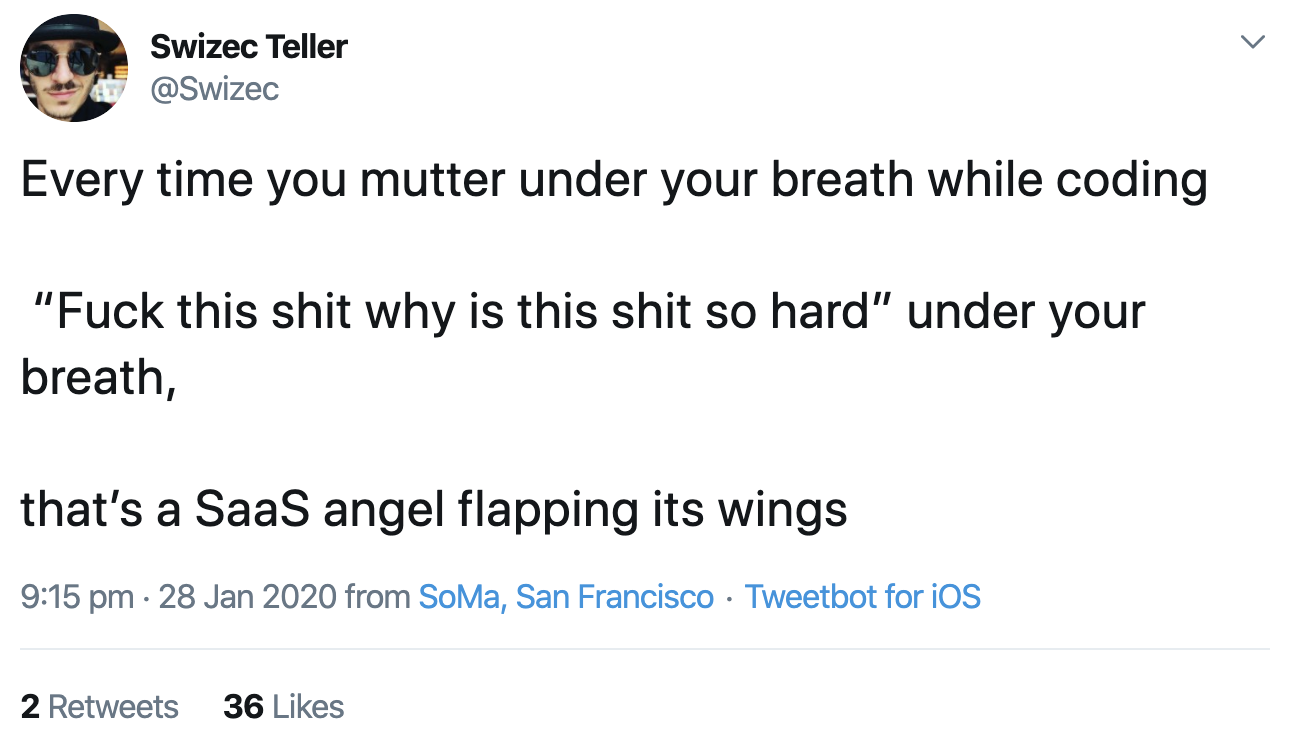 You’ve seen this one before. It’s the 24hrstartup challenge app that first made me excited about this modern new stack.

Can you build & launch a startup in 24 hours? Do it live on stream!

Pat is crazy. There’s no way. 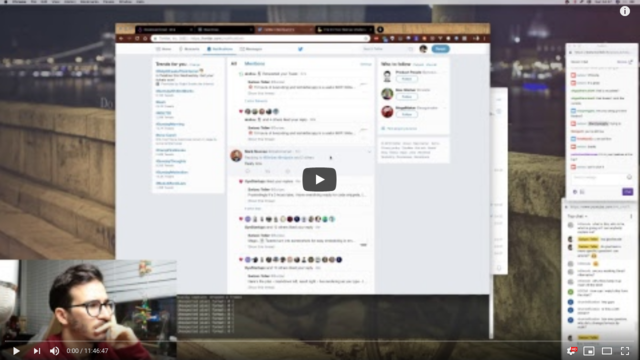 Write email in markdown as usual. Paste into box on the left, get rendered HTML on the right. Nothing special, just some markdown parsing and rendering.

Now here’s where it gets cool 👇

You see the power of TechLetter.App every time you read my emails 😉

Yes I’ve fixed many bugs and added tiny little features since that first 24hr challenge. Even bought a domain to fully productize, but haven’t.

This one died a prototype. You either die a prototype or become that code everyone hates to use.

I realized I was playing catchup with Twitter’s UX and that’s a losing proposition right there. You can still try it out tho 👇

ThreadCompiler is an offline-first React app built with Gatsby. UI renders at compile time and becomes static. On page load the React app takes over and you can do whatever you want.

In this case that’s a combination of markdown parsing and rendering, talking to Auth0 to authenticate users with Twitter, and using another AWS Lambda to publish tweets.

All built with JavaScript front and back. No databases, just Auth0.

BUT THIS ONE IS REALLY COOL!

Server with user data, accessible by all, without writing a single specific API. No REST routes to manage, no servers to keep up, just a Lambda that responds to GraphQL queries.

This was the example app for my sold-out workshop at Reactathon in March 2019. I’m doing another one this march.

That’s why any time you buy something from me the first thing you get is a question: “Why did you buy this?”

And why my emails used to have ugly typeforms: “Hey did you enjoy this?”

That shit got tedious so I built Spark Joy. A simple thumbsup/down widget that gets all the info with much less friction.

Where emails used to get 10, maybe 20, responses, they now get 60 and more. That’s hella more feedback I can use to improve.

It’s also where the prototype for useAuth was born. ✌️

Spark-joy creates a new static page for every type of widget you create and triggers a Netlify build+deploy.

So when you vote the page loads fast. None of that slow TypeForm crap.

And this is just the beginning my friend. This hyper productive new stack blows my mind. So much is possible that wasn’t before

I’m excited to see what you build.

PS: you can learn behind-the-scenes lessons of these projects and others in ServerlessReact.Dev. The $100 launch discount ends on Friday.

PPS: much of my excitement for this stack comes from lessons learned while building a 7-figure business from scratch on Rails, moving towards SinglePageApps, now JAMStack and Serverless at my day job. ServerlessReact.Dev really does include lessons from practice 🙂