You should always keep development and production separate my friend, but how do you pull that off when everyone has your back and tries to keep your app secure?

You’ve built a cool app. Static JAM on the frontend, Serverless functions on the backend, nearly free to host, super fast to load. It’s amazing and you’re proud as heck.

Time to show off!

You know dev and production should be separate. Wouldn’t want users to see a bug next time you mess around with code. Sure as heck don’t want to mix test and production data.

Prod vs. Dev on your serverless backend

Separating development and production on your backend is easy as pie. Change the stage: in serverless.yml and voila.

Using the demo app from ServerlessReact.Dev for example: 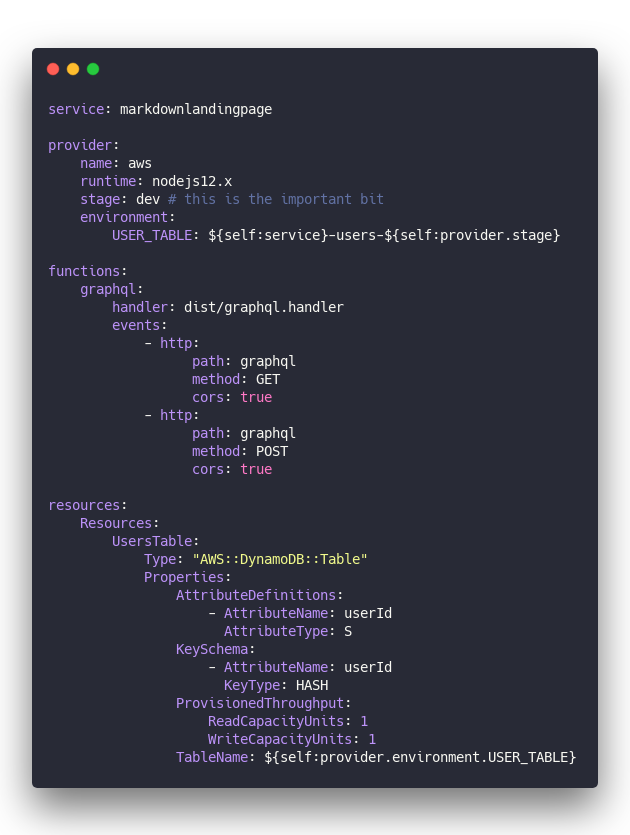 This configures a /graphql endpoint served by an AWS Lambda and a DynamoDB table to store your data. Both the DynamoDB table and the GraphQL endpoint use stage as part of their name.

Change that to stage: dev to stage: prod, run yarn deploy, and you get a whole new copy of your backend infrastructure. A new AWS Lambda, new DynamoDB table, everything.

Making your stage easy to change

Changing serverless.yml on deploy is tedious. You’ll commit the wrong version to git, too.

Define your stage with command line arguments instead! 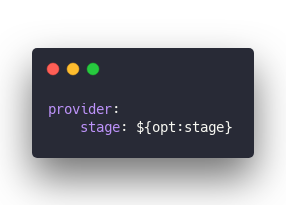 Now you can add a helpful little bash script – because I couldn’t figure out how to do this with Node and Bash is just fine. 😇 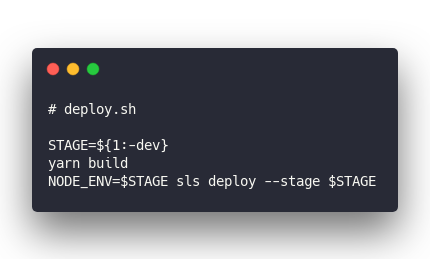 Add to your package.json … 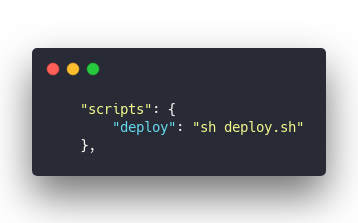 Prod vs. Dev on your JAMStack frontend

Both Netlify and Zeit do that. I’m sure others do, too.

That’s where it gets tricky.

Gatsby comes with built-in support for .env files. Put your environment variables in .env.development or .env.production, access through process.env and let Gatsby handle the rest.

Say you want to tell Gatsby which GraphQL endpoint to use when building your JAMStack app.

Go in gatsby-config.js and add your server as a source 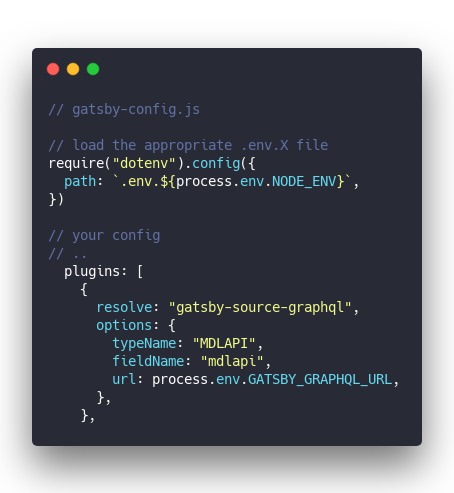 You can now configure the GATSBY_GRAPHQL_URL environment variable in 2 files to differentiate production and development.

You can even use these in the browser! 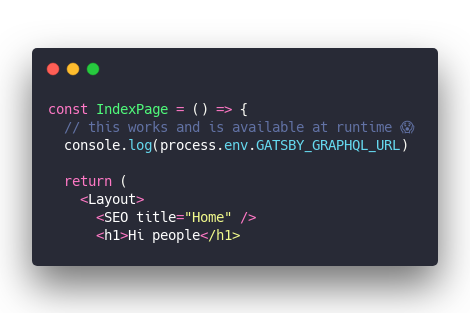 The Gatsby way breaks down when you deploy.

Both Zeit and Netlify helpfully strip your .env files during deploy. Wouldn’t want to store secrets in plaintext on their servers.

This is great from a security perspective.

And it breaks Gatsby support for .env files. They aren’t available during build. 🤦‍♂️

The Zeit way is more secure. You store secrets and configs in their secure storage. Encrypted, easy to rotate, not part of your code.

First you add your secret to Zeit

Then you create a now.json file 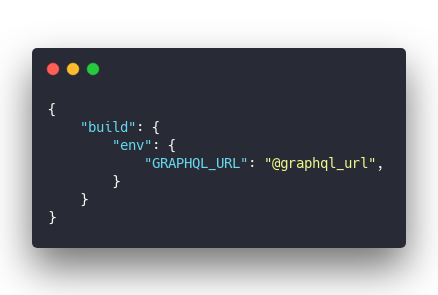 And then, you use it in gatsby-config 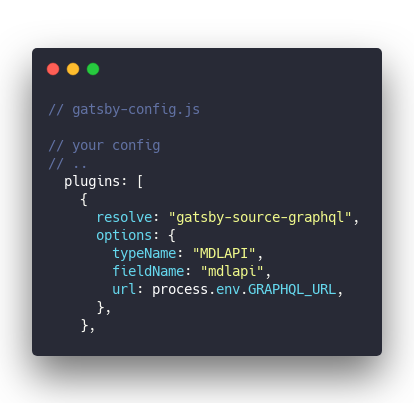 When you deploy to Zeit, the build process takes your now.json, replaces @variable with values from storage, loads the configs into process.env, and Gatsby can use them while building.

But it works. Sort of

Netlify has a similar approach, by the way.

Notice there’s no prod vs. dev. You get a config and that’s it. Zeit says they’ll have native support for environments soon. 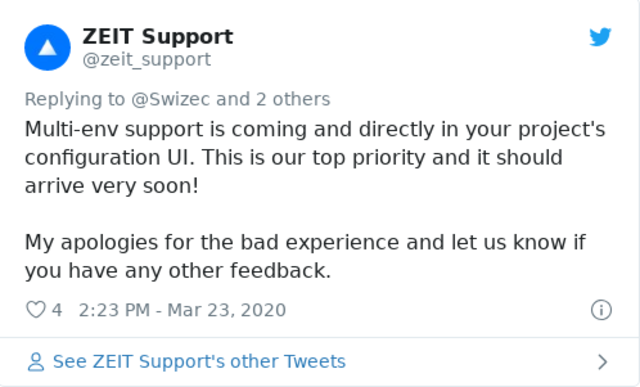 The other tradeoff is that these configs aren’t available at runtime. You get them when compiling and can’t use them in the browser.

And you can’t import 'now.json' either. Zeit deletes that file ☹️

3. The way that actually works

In the end, here’s what works best:

Kinda bonkers but it works.

You start with 2 JSON files similar to the original .env approach. 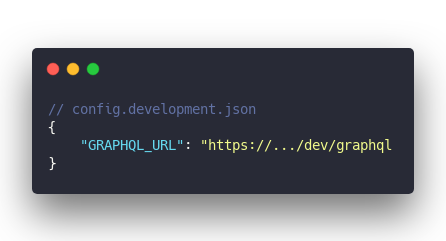 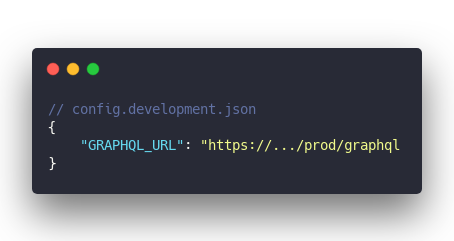 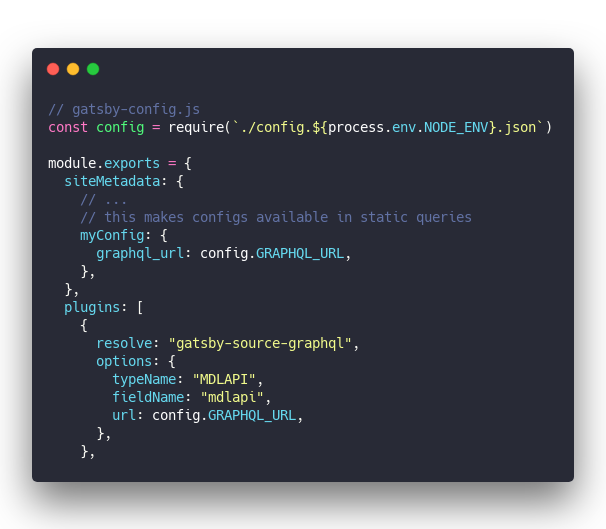 Use the configs directly in your build-time code via config.X. Works just fine.

You can import JSON files in the browser, sure, but you won’t know which environment. Put them in siteMetadata.myConfig instead, so you can get configs with static queries anywhere in your app. 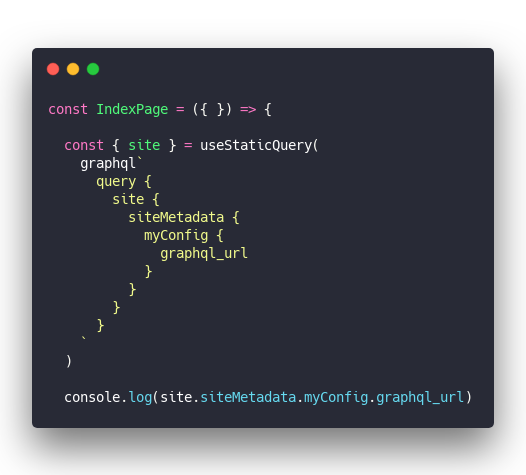 You’re storing configs in version control. In plaintext. They better not be secret 😉

And you’ll have to re-deploy any time you change a value.

But hey at least it works.

PS: I like to use AWS SecretsManager on the backend for real secrets, maybe there’s an API you could use from the browser 🤔