Do you even need that bind?

Codereviewer: "Why is this binding necessary?"

Swiz: "Without binding, the callback would bind to Modal object when called, if I'm not mistaken."

Codereviewer: "Would it? That doesn't seem very intuitive."

Swiz: "Welcome to JavaScript's dynamic scoping. Where have you been the past few years?…

But you're right, it does seem to work. I think MobX's @action does a bind for us. It definitely wouldn't work with vanilla functions. I'll change the code code." 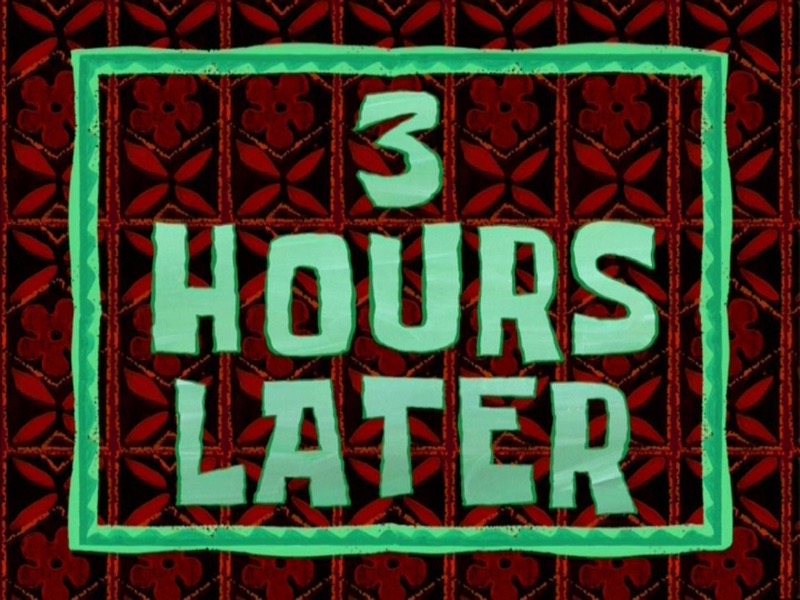 But it did work in that one case I tried. Just not in the other. ?

Here's a self-contained example in Codepen - a clicker.

We have a Store that holds the number of clicks and contains an inc action to increase the count.

A not-very-smart functional stateless component renders the current count and a link to click. We use onClick with a bounded action to detect clicks.

Click the link, number goes up. 14 lines of actual code.

Ok, we know it works with a .bind. Will it work without one?

We expanded our Clicky component with a link that uses an unbounded store.inc action call as the onClick callback.

The error reads Uncaught TypeError: Cannot read property 'clicks' of undefined. Looks like this isn't defined inside our callback.

The gist of their 800-word explanation is this: with dynamic scoping, functions are scoped to where they're called, not where they're defined. It doesn't matter that inc is defined inside Store; it matters how React calls it.

So how does React call our click callback? Let's see.

A spelunk through a React event 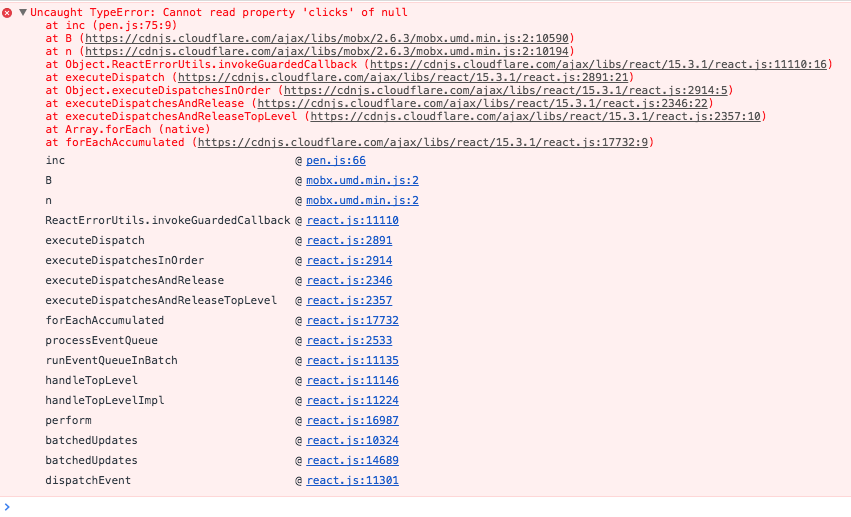 Looks like a function that takes native events from the browser and emits them into React's engine in batches. That's good for performance, great for debugging, and makes everyone's lives easier.

Our next step in the chain is batchedUpdates.

Told ya it was good for performance. Just look at that comment – "components aren't updated unnecessarily".

I have no idea how this thing works. It smells like some sort of currying.

But we know our next step, eventually, is transaction.perform.

That's a lot of code. Let's focus on the bits that matter:

A-ha! The second argument is scope. React specifically set that to null when calling transaction.perform, and function.call is a JavaScript way to define a function's scope at point of invocation.

The call() method calls a function with a given this value and arguments provided individually.

I don't know why React goes out of its way to set callback scope to null, but I'm sure it has something to do with correctness. Better to throw an explicit error and tell the engineer to fix their code than to get the wrong this by accident and fuck shit up.

And I'm not sure when, if ever, that scope argument would be something other than null.

What did we learn