JavaScript is a fantastic server-side language because it's async. That also makes it tricky. 💩

Async means you can write code that doesn't hit the usual thread-safety problems and lets you run multiple tasks in "parallel". Like waiting for a file read without blocking computation.

But subtle bugs in your async code can lead to unresolved promises. Code that never finishes.

We ran into this when our knex database connection pool kept running out of available connections and crashing the service. Normally a connection runs its query and returns to the pool for another query to use.

Something was hogging those connections.

With dozens of programmers banging away at a few million lines of code across several years, maybe unresolved promises are the problem? I decided to investigate. 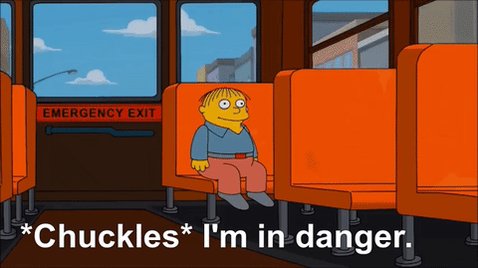 The halting problem rears its head

Finding unresolved promises is an instance of the halting problem – a provably unsolvable problem.

There is no algorithm you can write that can look at any piece of code and answer "Will this always finish for every input?". You can't do it by hand either.

The typical halting problem solution is to add a time constraint. If a function doesn't resolve within N seconds, we assume it's stuck. It may not be, but we assume it is and kill the program.

This is why connection timeouts exist. You don't want to wait forever, if a server gets stuck. Important when building distributed systems.

But killing your server process for every hiccup is not ideal. And besides, adding timeouts to every single promise in your entire codebase is hard at best.

HOWEVER! You can solve the halting problem for a subset of common patterns 🥳

Ok so I read the paper that Google found and omg I can't remember the last time I learned so much cool stuff in 1 hour.

The paper starts with a review of JavaScript promises.

Promises represent an asynchronous computation and can be in 3 states: pending, fulfilled, and rejected. They start as pending.

You can register reactions to promises with .then().

We can add error handling to a promise chain using .catch():

Every promise created by .then implicitly defines a default rejection reaction equivalent to err => throw err. This means a .catch() at the end of a chain can react to errors in any of the above promises.

Relying on default fulfill reactions is less common, but this is valid code:

I think this happens by accident more than on purpose 🤷‍♀️

You can link promises by using a promise to resolve another promise:

The state of p0 is now linked to p1. Meaning the unnamed promise created on line 3 gets rejected with "foo".

You see this a lot in code. Often less obvious.

A common source of trouble are unhandled promise rejections.

This happens when you implicitly reject a promise by throwing an error in your fulfilled reaction.

Because the fulfill reaction runs in a separate async context, JavaScript doesn't propagate this error to the main thread. The error gets swallowed and you'll never know it happened.

You can fix this with a .catch() reaction:

You now have a chance to handle the error.

But you didn't re-throw! If other linked or chained promises rely on this code, the error remains swallowed. Your code keeps running.

Try this in a browser console:

You're expecting 17 + 1 = 18 but you get NaN thanks to an unexpected error. The implicit promise that .catch() creates is implicitly resolved (not rejected) with undefined.

Silly example, yes, but imagine how common this pattern becomes in a sprawling codebase where any function may throw for any reason.

Every new promise is in the pending state until resolved or rejected. However, not settling a promise results in a dead promise, forever pending, preventing the execution of reactions that depend on the promise being settled.

These are the unresolved promises that are hardest to find. You cannot know from outside whether a promise is slow or dead.

The authors of Finding Broken Promises in Asynchronous JavaScript Programs share an example issue from node-promise-mysql where connection.release() returns a promise that never resolves.

That example is hard to condense so here is something simpler:

The last promise chains onto p0, which neither resolves nor rejects. You can keep this code running forever and it's never going to print a value.

Again, this is a silly example but imagine a sprawling codebase with dozens of programmers. It may not be obvious that a function won't resolve its promise in some cases.

Similar to the error swallowing example I added above. Here's a piece of code Alimadadi et al share from Google Assistant:

The handleRequest method uses a Map of developer-provided handlers to asynchronously address Assistant requests. A handler can be either a callback or a promise.

If the promise resolves and calls your anonymous handler, this code returns the result. If it rejects, it returns a reason.

However, those returns are inside a promise reaction. But the promise isn't returned! The result of reacting to the handler promise is lost.

You, as the user of this library, cannot handle the fulfill/reject reactions of promises returned by your own handlers. 💩

Alimadadi et al created PromiseKeeper, a piece of software that dynamically analyzes a JavaScript codebase and draws a promise graph.

I wasn't able to get the code running, but here's what they had to say.

You can think of your asynchronous code as a graph where nodes (promises, functions, values, synchronizations) are connected by edges (resolve/fulfill, register, link, return/throw).

Here's an annotated version of the graph above.

PromiseKeeper aims to construct and visualize promise graphs of your code dynamically while running tests. The dynamic execution context allows it to find anti-patterns that aren't visible by analyzing the code itself.

The anti-patterns it highlights are:

Because PromiseKeeper relies on dynamic code execution, this analysis is only as good as your test coverage. It cannot investigate un-executed code which may lead to false positives.

PromiseKeeper's implementation is based on the Jalangi instrumentation framework. It defines callbacks that hook into the promise lifecycle.

I couldn't get PromiseKeeper to work on my machine, but Alimadadi et al report that subtly broken promises lurk in almost every JavaScript codebase.

Interestingly, the 1012 instances of unsettled promises for Node Fetch happen in just 17 unique locations in the code.

The authors report that 43% of all promises in their experiment were unresolved at the end of execution. It's more likely this indicates incomplete test suites than popular software being completely broken.

What you can do in practice

We've had great success by logging unhandled rejections with a full stack trace using this bit of code.

You can also try Node's async_hooks module to hook into the promise/async lifecycle and attempt to detect long running promises. You could compare start/end times to a max timeout, for example, and log a warning.

My attempt at using async_hooks to detect long running promises in JavaScript was fun, but not super useful. You can't get a reference to execution context (only a C pointer). Means you can see that something is slow, but not what. 💩

I'm tempted to try turning PromiseKeeper into a Jest plugin of sorts. Imagine getting one of those promise graphs any time you run tests 😍

Want to become a JavaScript expert?

Leave your email and get the JavaScript Essays series - a series of curated essays and experiments on modern JavaScript. Lessons learned from practice building production software.

Get a series of curated essays on JavaScript. Lessons and insights from building software for production. No bullshit.