What's more productive, a team or a talented soloist?

engineers hate it when you say it doesn't matter how good they are because a team will outcode them any day.

"It doesn't matter how good of an engineer or a coder you are, a team of five people is always going to outcode you no matter what" - @Swizec on the Junior to Senior podcast:

They like to cite The Mythical Man Month in their outrage. "Two women can't make a baby faster than 9 months" ... "Adding people to a late software project makes it even later"

You can tell they never read the book. Brooks starts with "Communication introduces overhead, but it would take a single programmer 50 years to build something like an operating system."

A soloist can move fast

We started chatting about the response to our Junior to Senior podcast episode with David and he emailed this example:

I've built a lot of cool stuff I don't think many of the devs I oversee could do (e.g. rambly.app, robotvj.com, generative art, etc...). And just now over the weekend, I built videodownloadtool.io, and I did it in about a day. I spent a few hours at night and then another few the next morning. I showed the demo to one of my managers and asked how long it would take for 5 of his devs to build it, and his estimate was 10 days

David is right, you can get a stupid amount of work done when you get in the zone and bang out code uninterrupted for a few hours. And it's fun!

I've written before Why Senior Engineers Get Nothing Done – they don't get the chance! It's all tiny spurts of coding between other obligations. 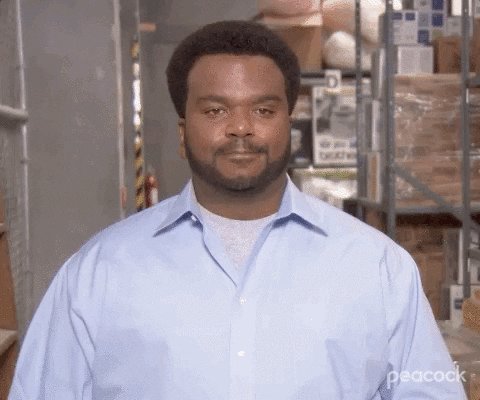 At the end of that single day, I did not have something that resembled a public-facing product. If both I and the team of 5 started from that demo/prototype and we raced each other to get to a "finished product" I'm sure I would lose. After my initial prototype is working, most of the work is time consuming and doesn't benefit from my unique Node.js/ffmpeg/streaming/UI skills anymore, and I'm not going to be much faster than "normal" devs.

That's the rub. You can bang out a prototype to test an idea or play with your special skillset. That's the first 90% of the work. Now you're left with the second 90% and that shit is a slog.

Teams excel at that part.

David ends his observation with a question:

was my real value "coding" or could I just have told the team how I wanted to approach the problem and saved myself a day of coding and them a week and half of figuring out the best way to do it?

David can't write code any faster than you or I. Typing is typing. What he can do is write the right code. His value is the expertise.

You could even say writing the code himself was a waste of time. Rather than a whole day of typing code, he could Own the project like a senior engineer:

And while everyone's busy building something David could build in his sleep, he can focus on solving (or finding) the next gnarly problem.

That way he can be the engineer who sells their expertise instead of their hands and increases the leverage on his time. 1 hour of solving a gnarly problem instead of 12 hours executing the solution.

And the best part 👉 Others can now maintain and understand this code, even build from scratch next time a similar problem comes up. David can thus move on to bigger and better problems.

Being special is fun, but let others play lest you get stuck.

Sometimes I feel like the last ~6 years of silicon valley reshaped my brain. This was the goal, but it's also hard to communicate

You say something obvious – teams can outbuild a soloist – and hordes of people show up to call you dumb.

but they've never worked on a real team 😬

Getting that senior title is easy. Just stick around. Being a true senior takes a new way of thinking. Do you have it?

Leave your email and get the Senior Mindset series - a series of curated essays on the mindset of a senior software engineer. What it takes to get there, what should you do when you're there, how to change the way you think.